Each year, one of Living Stone’s key inbound marketing partners, HubSpot, releases a State of Inbound research report. Its eighth annual edition covering attitudes and trends for 2016 was issued in September.

Thousands of marketing and sales people worldwide were interviewed about their challenges, priorities and strategies. Most were from marketing agencies (17%); others include IT and services (13%), industrial and manufacturing (5%), and healthcare (4%).

Among all respondents, 73% said inbound was their primary approach to marketing. For subjectivity, only 15% were HubSpot customers or agency partners. This and subsequent blogs will describe the report’s key revelations. This covers the challenge of aligning inbound marketing and sales roles.

And it’s not just traditional Twitter, Facebook or LinkedIN. Many marketers will experiment with newer social outlets like Medium, Slack, Instagram and Vine. Efforts are underway to test other new channels, too, along with a more decentralized approach to content distribution. But it’s a task few marketers have mastered at the moment.

In an unexpected finding, an adequate number of survey respondents (15%) report podcasts as a key marketing channel they’ll use over the next 12 months (Back to The Future anyone?) That’s slightly behind messaging apps at 20%. 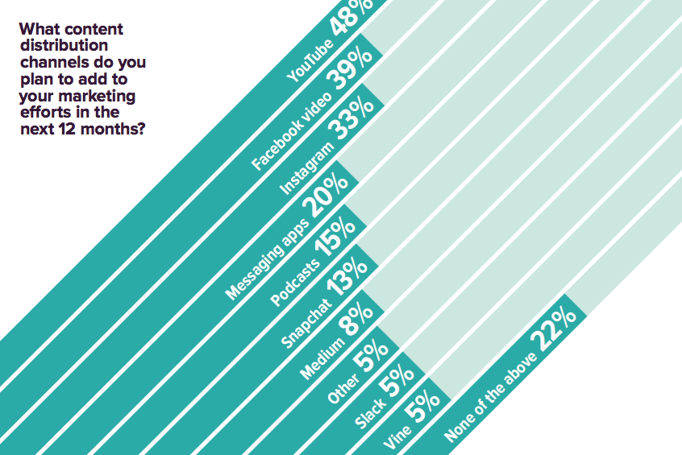 As the chart reveals, two video outlets aligned with social media lead among marketers seeking more decentralized paths for their marketing content. But disparities arise based on geography.

At 35% and 46% respectively, marketing professionals in North America (NAM) and Europe (including MEA) report being less likely overall to try video. In NAM, only a third say they will use YouTube or Facebook Video. Planned video usage in both regions is lower compared with other areas.

For example, more than half the respondents in Southeast Asia (53%) and Latin America (56%) plan to strongly leverage video as part of their upcoming marketing activities. The cause of the disparity between EMEA/NAM with other regions is unknown as the survey did not probe reasons behind the decisions.

What content distribution channels do you plan to add to your marketing efforts in the next 12 months? (by geography)

Again, video leads in the selection of decentralized channels among all respondents but an unexpected disparity based on company seniority appears. C-levels are the biggest proponents of YouTube and Facebook Video at 56% and 46% respectively. The rationale behind this phenomenon was not explored.

Closer to the working level, VPs, directors and managers still gravitate toward video but at lower percentages. Podcasts as a viable decentralized distribution channel always came up in fourth place among all levels. It appears most marketing professionals believe both video and autonomous audio content will help win the future.

What content distribution channels do you plan to add to your marketing efforts in the next 12 months? (by seniority)

On an unrelated note, these same respondents were asked to convey what channels or technologies will most disrupt their industry. 41% said marketing automation; 35% stated virtual reality and artificial intelligence (AI), and; a handful specifically said Snapchat…no further explanation given!

A basic goal is determining how best to reach customers on more diverse channels outside of traditional e-mail. They’ll also look for formal authentication of content efficacy sent via these new paths. This can include services like: 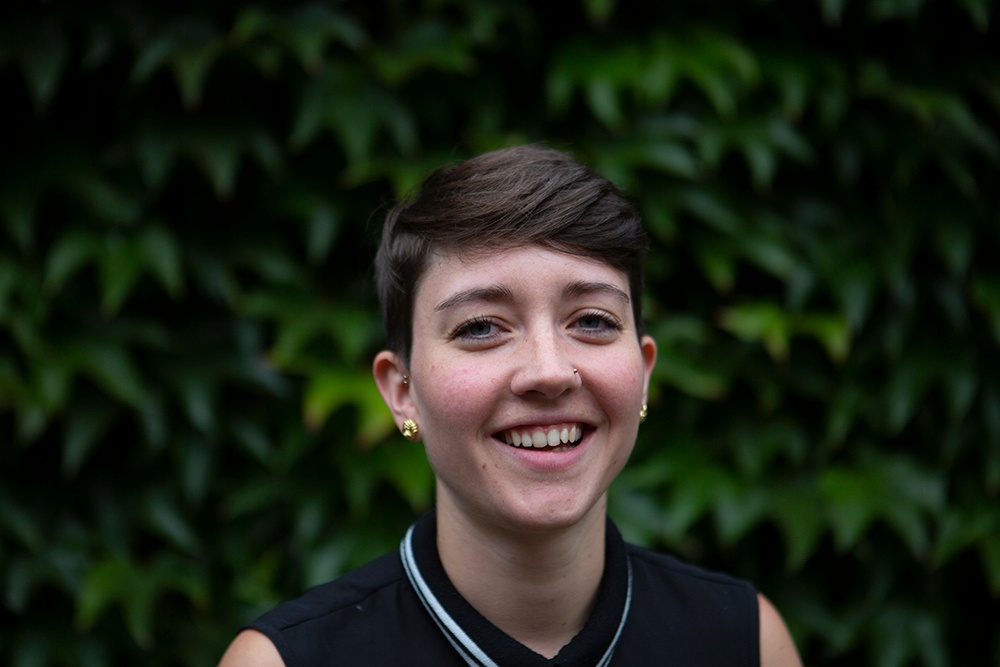 And we are not talking about PPT here… As B2B marketer, one of your priorities is to provide your sales professionals with the tools they need to support the interactions they have with prospects, from emails to digital meetings to face-to-face. A good sales toolkit will include a wide range of content topics and types, in easy-to-digest digital formats that your sales reps can pick and choose from, to guide their sales conversations and respond to the challenge or question at hand.

The future of the internet: Web 3.0, NFTs and the metaverse

Today, the internet has evolved far beyond what its creators likely ever imagined, with its outsize impact on every sphere of life on earth, from how we socialize to how the world’s economy is run. Let’s take a look at three new developments that are shaping the future of the internet: Web 3.0, NFTs and the metaverse.

Start telling your story early, and share lots of information as construction proceeds Launching a new initiative such as a new hospital facility or clinic requires a proactive communications approach in order to make the initiative a success from day one. Here are some suggestions for how to communicate to all your audiences over the lifetime of the project, from the initial planning stages through to your opening events.